HomeWeed of the MonthNot an Animal Anti-depressant

St. John’s Wort has been used in humans as an *antidepressant (studies have been inconclusive), but there is no way a rancher would want this weed near his or her livestock. Besides pushing out native plants It is toxic to cattle, sheep, horses (there is conflicting information with goats—best to avoid), as well as dogs and cats. Toxicity in animals can present itself in photosensitivity leading to skin irritations, and behavioral issues like running in circles until exhausted, confusion, increased respiration.

The plant is a beautiful yellow five petaled flower with long center pistils. The leaves grow off from a straight stem, instead of branches. It is believed to have entered the U.S. via seaports.
There has been success with biologic control (insect). Pulling the weed must remove the entire plan as it can reestablish through fragments. For that reason, mowing is ineffective. Fire will destroy the plant above soil, but again the root system is left intact to regenerate. Cutting the plant down to 2 inches and then covering the remnant with tar paper to deprive it from oxygen has shown some efficacy. The most effective way currently is through repeated herbicide treatment.

*If you are taking St. John’s Wort as an antidepressant, it is best to check with your healthcare provider.  Medications as Warfarin, Digoxin, Theophylline, and many HIV treatments or oral contraceptives can have their efficacy significantly reduced if taken along with St. John’s Wort (source:  https://www.tga.gov.au/alert/st-johns-wort-important-interactions-between-st-johns-wort-hypericum-perforatum-preparations-and-prescription-medicines) 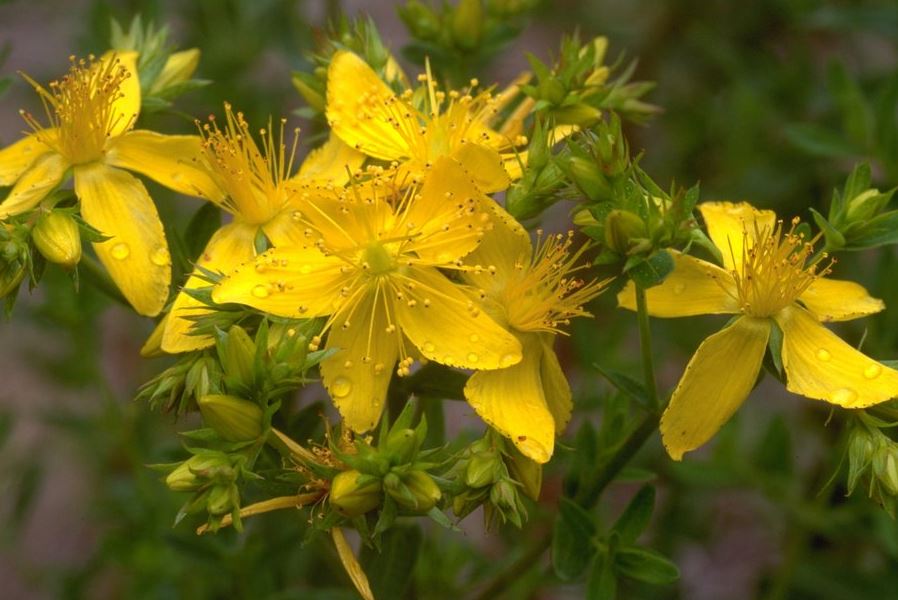 HSWCD Monthly Board of Directors Meeting